This is a Popular Article!

I received so many positive comments about this article (published in the North American Post a few weeks ago) that I want to share it with you. Do You Have a Mentor?, part II. If you don’t have a good Mentor like Joe, I suggest you get busy and start looking for one. I can guarantee that you will get a new outlook on life! END_OF_DOCUMENT_TOKEN_TO_BE_REPLACED

Do You Have a Mentor?

If you don’t have a mentor right now, you might think about searching for one. Why? Because chances are, if you find someone who is a good fit for your personality and lifestyle, you will be able to live your life with more confidence and the reassurance that you are headed in the right direction toward fulfilling your life goals.
What is my definition of a suitable mentor?
A mentor is generally someone who:

If you find someone who fits this description and this person is willing to spend the time with you either as a friend or as an advisor, consider yourself very lucky.

Why do we need mentors in our lives? As all of us go through the process of “living life,” many obstacles and challenges undoubtedly come our way. These distractions make it almost impossible for us to clearly make our way and remain on course toward achieving our dreams. As a result, the BIG PICTURE is often lost in the process. As you know, it is easy to get an opinion from someone, but it is difficult to decipher the good advice from the bad advice when it is offered to you. END_OF_DOCUMENT_TOKEN_TO_BE_REPLACED

Spring Flower Fever + a Gift for You

For eight years, I’ve been joyfully stamping, drawing, painting and making pretty things and I want to share my excitement with you.

When people see the things I’ve made, they often say, “I wish I could make things like this, but I don’t have a creative bone in my body!”

My answer to them is, “Yes, you do have creative bones in your body and yes, you can do it!” END_OF_DOCUMENT_TOKEN_TO_BE_REPLACED

Max and his friends at the Dogs Works Ranch.

This article was published in the North American Post on March 10, 2016. If you haven’t seen it, please enjoy reading it here.

During the time I was growing up in Japan, I had a dog named Shiro. She was given to me by an American soldier who was returning to his homeland. I had a difficult time training Shiro because I knew absolutely nothing about the responsibilities of owning a pet. After a lot of trial and error and hours of commitment, however, she eventually became a trusted companion whom I enjoyed spending time with. We had the most loving relationship that anyone could have ever asked for.

After Shiro passed away, I longed for another dog who could bring me as much joy. My prayers were soon answered and in stepped Yumi. She was just as special to me as Shiro, but in a different way. Yumi provided me with so much wisdom in dealing with everyday life that I was prompted to author a book about my key learnings. After several years of cherished companionship, I lost Yumi. Again, I felt like there could never be another dog to replace her and what she meant to me. END_OF_DOCUMENT_TOKEN_TO_BE_REPLACED 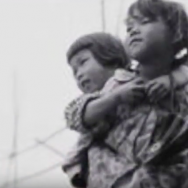 Images in This Book Trailer Will Make You Emotional

If you’re like me, you have probably made some promises to yourself about how to make this year a productive one. We’d all like a  year filled with a sense of accomplishment and personal fulfillment. Unfortunately, what usually happens is that we are bombarded by a myriad of distractions and fail to meet our goals. Weeks fade into months and months accumulate into a year… before we know it, we have forgotten all about our pledges. At least, that’s what always happens to me! END_OF_DOCUMENT_TOKEN_TO_BE_REPLACED

I finally finished making a book trailer for Yumi’s Life Lessons and I want you to be one of the first to see it! END_OF_DOCUMENT_TOKEN_TO_BE_REPLACED

From My Journey to Yours

I recently published my first article in the North American Post. My articles will be featured in the paper at the beginning of each month. In case some of you missed it, you can read it here. Thank you for your interest in reading what I have to say. Here’s wishing you a good start for 2016!

My childhood memories of year-end traditions while growing up in Kyushu, Japan always flood my mind this time of the year.

I went through culture shock when I arrived in America at the age of eleven and saw how differently people in America celebrated the coming of the New Year. Lively New Year’s Eve parties, waking up late on January first and watching football games on television while munching on various party foods was so foreign to me.

The older I get, the more I cherish my childhood memories and the tradition of
“starting new with a fresh mindset.” It’s such a good feeling to get enough sleep and rise early on January first, refreshed to face the coming year.

These are my fond memories of New Years growing up in Kokura.